Good evening aspirants, today we are with a new article on idioms and phrases which are an important aspect for SSC exams preparation and especially for CGL/CHSL. Hope you find this helpful and informative.

List of Important Idioms and Phrases Beginning with B.

1.Back to square one

Meaning: To be back at the starting point of something.

Example: I picked up all the leaves and branches from my lawn yesterday but there was a storm last night and now I’m back to square one.

Meaning: to be healthy again after sickness.

Example: I couldn’t do anything for two weeks while I had the flu but now I’m back on my feet.

3.By hook or by Crook

Meaning: At any cost /by fair or unfair mean.

Example: I decided that I was going to get that job by hook or by crook.

Example: Anyone will tell you she’s one of the best journalists we’ve got, although she’d never blow her own horn.

Examples: The candidates for office were so much alike that we thought our vote amounted to beating the air .

Examples: Life of an ill person always remains a bed of thorns.

7.Beat about the bush

Meaning :To discuss a topic without being specific about anything

Examples: Don’t beat around the bush. Just tell me where my brother is

8.Bag and baggage
Meaning: (with) all one’s belongings.

Example: Tired of their tantrums, the landlady asked her tenants to vacate the house, bag and baggage, in a week’s times.

9.Blue eyed boy
Meaning: a man who is liked and admired by somebody in authority.

Example: She gets the charge of all the assignment except the finance, which is kept for the blue-eyed boy.

Example: Teaching classic music to young boys and girls is her bread and butter.

11.Bear the brunt of
Meaning: take the main force, often of a criticism or unpleasant event.

Example: When the teachers and other government employees went on a strike, they did not realize they’d have to bear the brunt of public anger when they go back to work.

12.Burn the candle at both the ends
Meaning: exhaust someone’s energies or resources by leading a hectic life.

Example: She has been burning the candle at both ends by doing a full-time job and preparing for her International English Language Test exams.

Example 1: The two neighboring countries India and Pakistan have often been advised by the world bodies to bury the hatchet for their own progress.

14.Bury head in the sand
Meaning: refuse to think about an unpleasant situation, hoping that it will improve so that you will not have to deal with it.

Example: Parents and Principal said ragging was being ignored and accused the girls hostel’s warden of burying her head in the sand, in Perth city of Australia.

Example: She often tell her friends that she has blue blood flowing through her veins.

Hope you find this article on idioms and phrases helpful and informative. 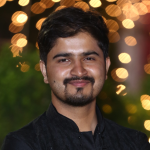